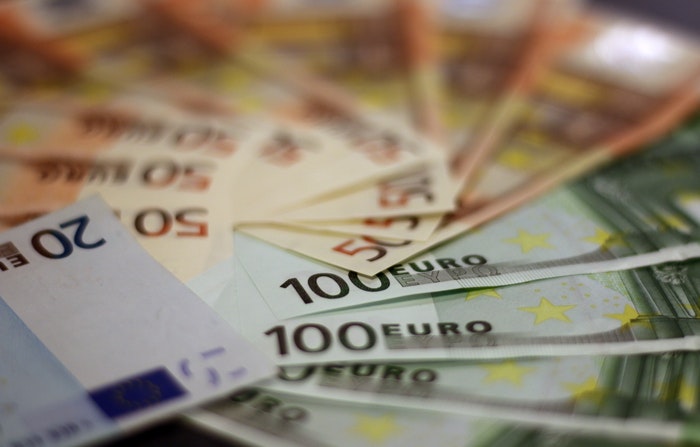 Inspiring wealth quotes about life and money to success

1. “Wealth is just consistency… I don’t want to be rich. I want to be wealthy.” — Quavo

2. “As a steward of the U.S.economy and financial systems, the Treasury has helped lay the groundwork for the American economy to become a model of strength, flexibility, dynamism, resiliency. This is a system that generates growth, creates jobs and wealth, rewards initiative, and fosters innovation.” — Henry Paulson

3. “We need to invest in healthcare, in education, in the sciences. And in so doing, we will tackle one of the most intractable problems we face, which is gross wealth inequality. We can’t fight climate change without dealing with inequality in our countries and between our countries.” — Naomi Klein

4. “Loyalty and friendship, which is to me the same, created all the wealth that I’ve ever thought I’d have.” — Ernie Banks

5. “Unless you are completely retired, earning money is the best form of wealth preservation.” — Felix Dennis

6. “My grandfather was a Methodist preacher, and my father was an unsuccessful businessman. We didn’t have status or wealth.” — Alexandra Stoddard

7. “Some members of the ruling class are making a concerted effort to expand the wealth gap.” — Tom Steyer 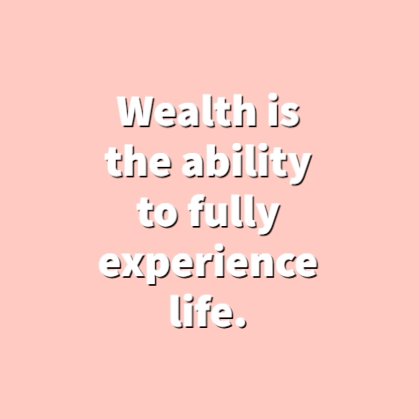 8. “Monetary policy is a blunt tool which certainly affects the distribution of income and wealth, although whether the net effect is to increase or reduce inequality is not clear.” — Ben Bernanke

9. “Lost wealth may be replaced by industry, lost knowledge by study, lost health by temperance or medicine, but lost time is gone forever.” — Samuel Smiles

10. “Innocent pleasures are got by virtue and well-earned wealth.” — Dayananda Saraswati

11. “The scary thing is a dramatic erosion of American position in the world – its economic, military position, as well as America’s influence. Obama is not the man at the wheel desperately trying to conserve American power, influence and wealth. For ideological reasons, he wants the slipping to continue. He’s actually the architect of it.” — Dinesh D’Souza 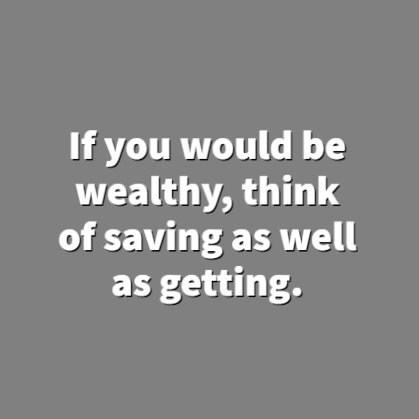 12. “My thought was I should try to stick with names that people may recognize like Robert Johnson, Son House, and Hoagy Carmichael, so if somebody cared to research, they would find a wealth of material.” — John Mellencamp

13. “Photography records the gamut of feelings written on the human face, the beauty of the earth and skies that man has inherited, and the wealth and confusion man has created. It is a major force in explaining man to man.” — Edward Steichen

14. “Lebanon was at one time known as a nation that rose above sectarian hatred; Beirut was known as the Paris of the Middle East. All of that was blown apart by senseless religious wars, financed and exploited in part by those who sought power and wealth. If women had been in charge, would they have been more sensible? It’s a theory.” — Roger Ebert

15. “On balance, after weighing the arguments, I believe that the time has come for Australia to create a new sovereign wealth fund.” — Malcolm Turnbull

17. “When I was dealing with cancer, I was working on a book about finances. I realized that the same methodology that the doctors were using to cure me, you could use to cure your finances. Health and wealth are so linked, it’s amazing.” — Hill Harper

18. “I have about concluded that wealth is a state of mind, and that anyone can acquire a wealthy state of mind by thinking rich thoughts.” — Andrew Young

19. “I hated being a junior investment banker. I loved the research business, the wealth management business.” — Sallie Krawcheck

20. “The fame that goes with wealth and beauty is fleeting and fragile; intellectual superiority is a possession glorious and eternal.” — Sallust

Greatest wealth quotes about money sayings in the great gatsby

21. “Wealth and power don’t go together. Power cannot be brokered. To me, power is responsibility.” — Nita Ambani

22. “Among this country’s enduring myths is that success is virtuous, while the wealth by which we measure success is incidental. We tell ourselves that money cannot buy happiness, but what is incontrovertible is that money buys stuff, and if stuff makes you happy, well, complete the syllogism.” — Rumaan Alam

23. “We don’t have to sit by and watch our meritocracy be replaced by a permanent aristocracy, and our democracy be undermined by dynastic wealth.” — Robert Reich

24. “My guiding principle is that prosperity can be shared. We can create wealth together. The global economy is not a zero-sum game.” — Julia Gillard

25. “The clouds may drop down titles and estates, and wealth may seek us, but wisdom must be sought.” — Edward Young

26. “I wish the city of San Francisco, bastion of liberalism, were more innovative when it comes to how to spread the wealth.” — Leila Janah

27. “If you don’t have God in your life, you have to fill up on something. And you usually reach for the four great substitutes, the classical addictions: wealth, pleasure, power, and honor. So you try to fill yourself up.” — Dion DiMucci

28. “Be charitable before wealth makes you covetous.” — Thomas Browne

29. “We all want prosperity, but not at the expense of liberty. Poverty is not as great a danger to liberty as is wealth, with its corrupting, demoralizing influences. Let us never have a Government at Washington owing its retention to the power of the millionaires rather than to the will of millions.” — Joseph Pulitzer

30. “The U.S. is the country that invented progressive taxation of income and of inherited wealth in the 1910s and ’20s.” — Thomas Piketty

Inspiring quotes about wealth and money health is wealth quotes

31. “Capitalism and market forces are very powerful in producing wealth and innovation. But we need to ensure that these forces act in the common interest.” — Thomas Piketty

32. “The next few years are going to be horrendous in the UK. The last thing we need is a Somali pirate-style raid on the few wealth creators who still dare to navigate Britain’s gale-force waters.” — Andrew Lloyd Webber

33. “We spend to pretend that we’re upper class. And when the dust clears – when bankruptcy hits or a family member bails us out of our stupidity – there’s nothing left over. Nothing for the kids’ college tuition, no investment to grow our wealth, no rainy-day fund if someone loses her job.” — J. D. Vance

34. “America’s vulnerability comes precisely from its strength, its wealth, its power and its modernity. It’s the usual story of the dog chasing its own tail.” — Oriana Fallaci

35. “The unrestricted competition so commonly advocated does not leave us the survival of the fittest. The unscrupulous succeed best in accumulating wealth.” — Rutherford B. Hayes

36. “This country is going to implode, or put another way, it’s going to get crushed under the weight of poverty. You can’t have one percent of the people who own and control more wealth than the other 90 percent of the population.” — Tavis Smiley

37. “It is our historical experience, that Hungary can only live in wealth and safety if Berlin, Moscow, and Ankara are on our side and also interested in our success – even if we do not always agree on certain questions.” — Viktor Orban

38. “Americans assume that we never go to war to sustain our wealth, because war must be understood as a moral enterprise commensurate with our being a democracy.” — Stanley Hauerwas